Like a lot of offices, my colleagues like to take Halloween pretty seriously, and in recent years it’s become a contest between teams to come up with the best themed costumes. In past years, themes have included Game of Thrones, Minions from Despicable Me, and characters from Wreck-it Ralph. Needless to say, I was enthusiastic when one of my co-workers suggested that we picked the LEGO Movie as our theme this year. 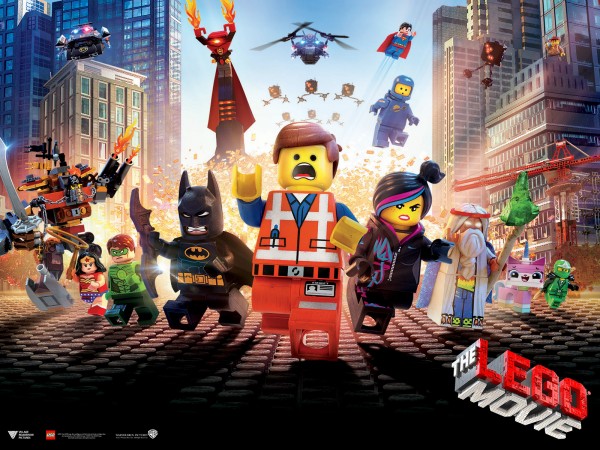 Official LEGO Movie image featuring many of the characters in the movie.

My first idea was to go as Vitruvius, as his costume should be pretty easy and recognizable, but upon further consideration, it became clear that the clear match for my own personality was none other than Benny the spaceman. (Spaceship!!!) Others jumped at the opportunity to be Emmet, Unikitty and lots of the other characters from the film. 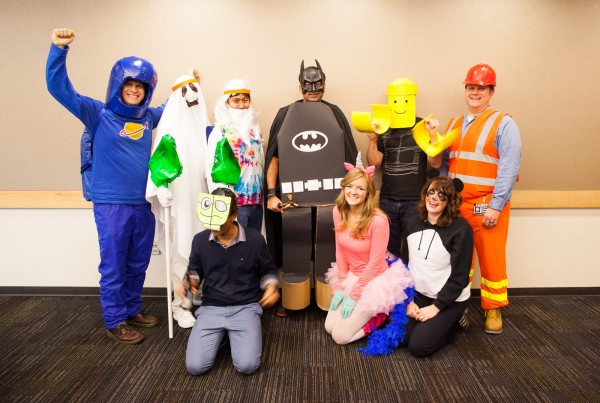 My whole team dressed up in LEGO Movie costumes.

We went out for lunch in our costumes, and we had a great time at the party in the afternoon. I never stopped buzzing around the building hollering “Spaceship, Spaceship, SPACESHIP!” either… I had hoped we would have time to go to the mall and visit the LEGO store, but lunch took too long. Oh well, next year? 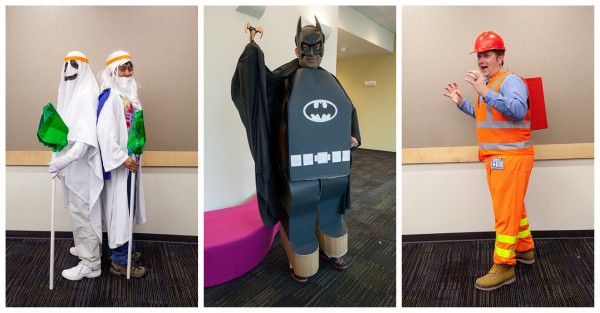 Vitruvius(es), Batman, and Emmett in detail.

For my Benny costume, I needed a helmet. I created it using 1″ thick foam and blue Duct Tape. I made a tube, then cut the top into four even flaps, which I tapered into rounded triangles using about these proportions. I shaped the helmet by eye rather than using any measurements, which resulted in a helmet which is slightly too tall but otherwise looks great. The jetpack was a late addition, made of paper cardboard and bubble wrap, which I covered in a combination of blue tarp and duct tape. It holds on my back using blue 1″ tubular webbing which I already owned for rock climbing purposes. 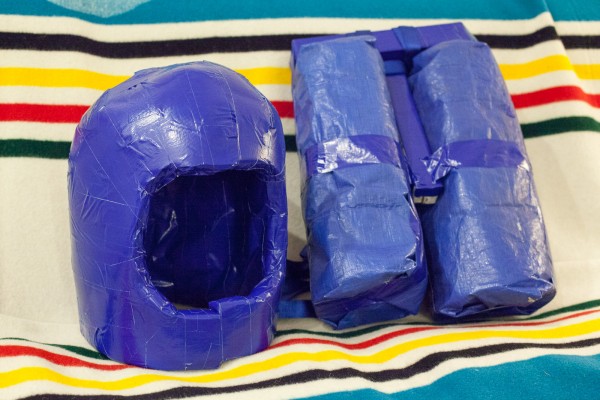 I also helped my wife create a Unikitty costume that she could wear to school and at the party we were having at our house. The ears and horn are simply foam attached to a hair band with a hot glue gun and the wig and fuzzy foot warmers came from the party store. I sewed the tail out of white and blue fabric. I created a rough “S” shaped template which was about 11×17″ and cut that out of white fabric. I sewed it along the bottom edge but kept the top edge free. I then sewed a 6″ stripe of blue fabric along the top to give her tail the iconic blue accents. I unfortunately didn’t take any photos of the process as we made it all very quickly on Thursday night. 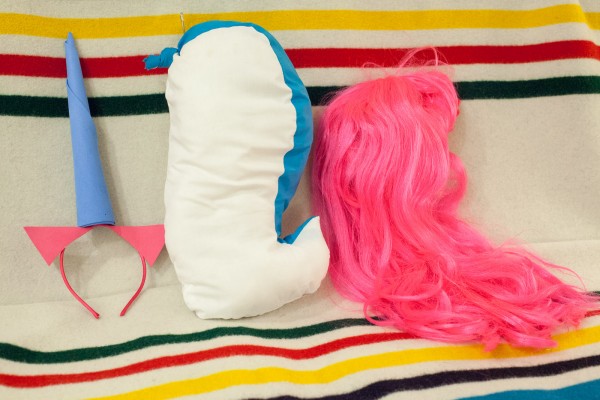 We had a great time making these costumes and wearing them all day. I hope you enjoyed seeing them as well. Maybe they will inspire your perfect LEGO-themed costume.

Have you made a LEGO-related costume? I’d love to see it! Please leave a comment below with a link to photos of your favorite LEGO costume. 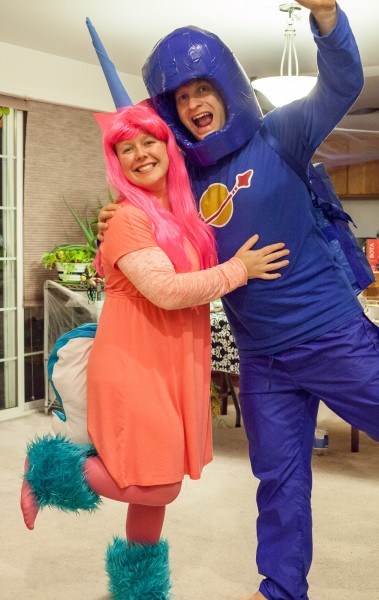 I also helped my wife make a Unikitty costume for school.