The History of the National Park Service

I love the National Park Service.  The locations they administer are almost always of great natural beauty or historical interest, and the facilities they administer within their parks are well managed, clean, and informative.  The people work in the parks are intelligent and well informed, and the literature and signage is consistent and well implemented.

The history of the National Park Service is very interesting.  It was the first federal reserve system in the world of it’s kind, and it came together through a joint effort between dedicated naturalists like John Muir, and some happy coincidences.  It turns out, the first park, Yellowstone, was set aside as a park on the grounds that it’s inhospitable nature made it useless as a source of natural resources and agriculture, so it may as well be saved as a park. 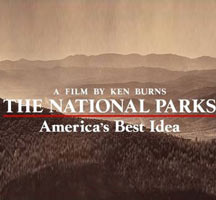 This history has been painstakingly documented by the famed documentary filmmaker Ken Burns in a new PBS Series which aired this week; National Parks: America’s Best Idea.  The history of the park service is detailed in a 6-part, 2-hour series.  Thus far, we have learned about how Yosemite started out as a precursor to the formal park service, followed by Yellowstone which was dedicated as the first park.  This was followed by preservation of the Yosemite upcountry, Sequoia and additional park areas in California.  John Muir leveraged his growing celebrity and the newly formed Sierra Club to elevate our own Mt. Rainier to National Park status in 1902, making it the 5th National Park in the United States.

We are only through the first 3 hours, but have enjoyed the series thus far.  It is strictly chronological, which means that the narrative jumps around from time to time, but the resulting program is extremely interesting.  This is only feeding into our desire to visit as many sites administered by the National Park Service that we can, including all 58 National Parks.

National Parks are now defined worldwide as “relatively large area with particular defining characteristics”.  Many other sites are administered by the National Park Service under different distinctions.  A smaller area might be a National Monument.   An area of historical relevance would be a National Historic Park or National Historic Site depending on the size and complexity.  They also administer Rivers, Lakeshores, Seashores, Trails, Parkways, and National Recreation Areas.