I tried a few ways to keep track, including a small map with a list of parks that you check off in a separate list below, but I thought it would be more fun if you physically “x” off the parks right where they exist geographically on the map.  I started with this map that contained small dots at each site, and a simple text label. 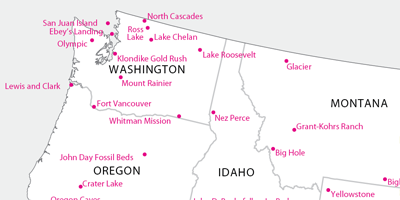 From there, I removed everything but the 58 actual National Parks, put a checkbox where the dots were, and I color-coordianted the text and boxes to the 9 National Park Regions described in the Passport to your National Parks cancellation book. 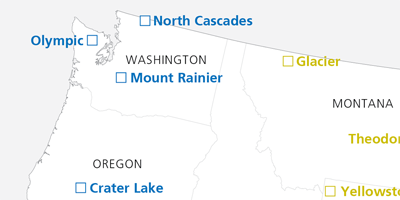 To finish it off, I added the standard black National Park Header, and an alphabetical list beneath the map which allows you to record when you first visited the park.

I had initially designed it to be printed on our 13×19″ capable Canon Pixma Pro 9000 Inkjet, but decided to try Costco, which will print a 20×30 print for just 8.99$.  I found reaosnably priced 20×30 frames at Ben Franklin, and I found really convenient adhesive foam core in conveniently enough, 20×30 pieces for 6$ a Michaels. 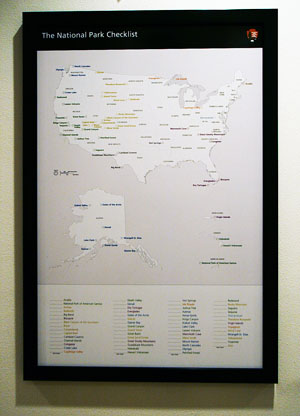 I am really happy with the final result, which looks really classy in the black frame.  It served as a great conversation piece during Amy’s birthday party, althought we still need to check-off the 11 parks we have visited together.  And, I think she liked it!