Lego, it’s for grownups too!

I’m 33 years old, and I still play with Legos. It turns out, I’m definitely not alone. (Several of my friends at work have much larger Lego collections than I do.) There’s even a rather absurd term for this phenomenon; I guess that I’m an AFOL (Though not nearly as obsessed as those folks.)

I have always loved Legos. The first sets I remember really enjoying were the Space sets from the early 80’s such as the Inter-Galactic Command Base. For a long time, I was obsessed with the train sets, and my last major Lego interest as a kid was the Pirates theme – I owned every set from the first year it was released. 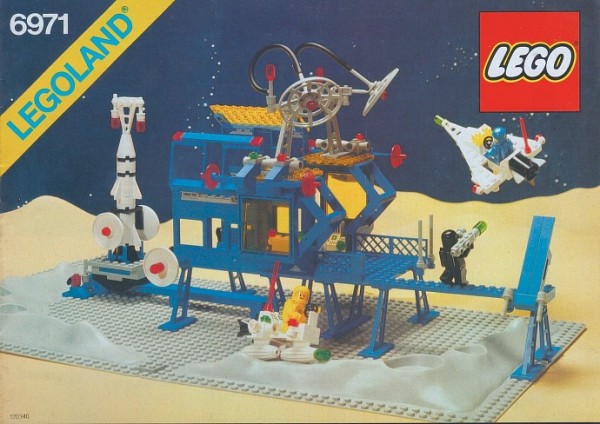 The first big set I remember building was this large space station.

As a teenager, then a young adult, my parents or sister bought be a new Lego set every year or two, such as the Snowboard Boarder Cross Race or the Cool Santa Set. Usually it was a smaller set, and at some point I approached these modest-sized sets as a new challenge – could I build it correctly using only the photo on the box (like a jigsaw puzzle)?  I’ve even attended the excellent local BrickCon Convention three times: in 2009, 2011, and we attended the 2013 event today.

At some point, the Lego corporation noticed that adults (such as those participating on conventions like BrickCon) were building very complex models using Lego, and they started designing sets targeted at a much older audience. This included some very large and complex Star Wars sets, and the introduction of a line of Architecture models based on famous landmarks such as small models of the Seattle Space Needle, the Empire State Building, and larger models such as The White House and Frank Lloyd Wright’s masterpiece Fallingwater. My wife and family purchased 6 of the models in the Architecture series for me, and I built all of them without the instructions. (Admittedly, I made a few mistakes on the back of the buildings where I had to guess because I didn’t have a detailed photo of the model to work with.)

For the first time in years, I bought a Lego set for myself. The set is the newly released Lego Architecture Studio, a set comprised exclusively of white and clear bricks with no “instructions”. Instead, it includes a 250 page book exploring basic principles of architecture, examples of iconic structures, and includes and a couple of basic open-ended projects for builders. 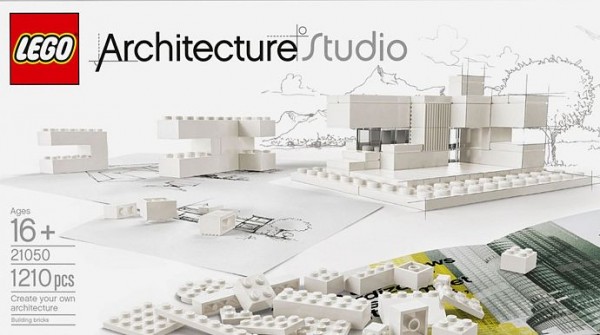 The Lego Architecture Studio set contains tons of white and clear bricks and no specific directions.

I was immediately drawn to the set, because it reminds me of my own childhood experience of playing with my uncle’s old Lego sets from the 60’s when visiting my grandparents house. These were some of the earliest sets sold in the US, and just like the Architecture Studio set, they included tons of simple bricks, mostly white, and contained no specific instructions.

I was also drawn to the feeling that this is the most aspirational new Lego sets in recent years. The part selection is excellent: it contains enough of each part to use repetition of elements which is required of an architectural model and the pieces lend well to advanced building techniques. The included book is also excellent. Several reviewers and a colleague of mine have indicated that it is comparable to many introductory textbooks on Architecture.

This set has inspired me to challenge myself to a 30-day challenge. In my case, the challenge is to come up with 30 small projects which I can build with this Lego set in 30 days. I’m still working on a complete list of challenges, but have some initial ideas such as: building a micro-scale model of my house, bringing my bricks to a famous building like the Seattle Central Library and building models of the architectural features of that structure, building models based on organic shapes and structures, and practicing advanced building techniques such as offsetting, SNOT (studs not on top), diagonal techniques and building cylindrical structures.

A simple Microscale model of my house.

I’ve started my challenge! Learn more about my 30-day challenge and see the projects I’ve built.