Learn more at brickarchitect.com or buy it now at Amazon.com.
Today’s challenge: Build a few simple repeating structures using only one type of basic brick. Pick your favorite design and create a more detailed architectural model inspired by that basic design.

I started off by building several towers each using only a single type of brick. I found myself drawn to tall structures that spiral upward. I was particularly fond of the spiral made of 2×2 bricks as it is a dynamic and interesting form. 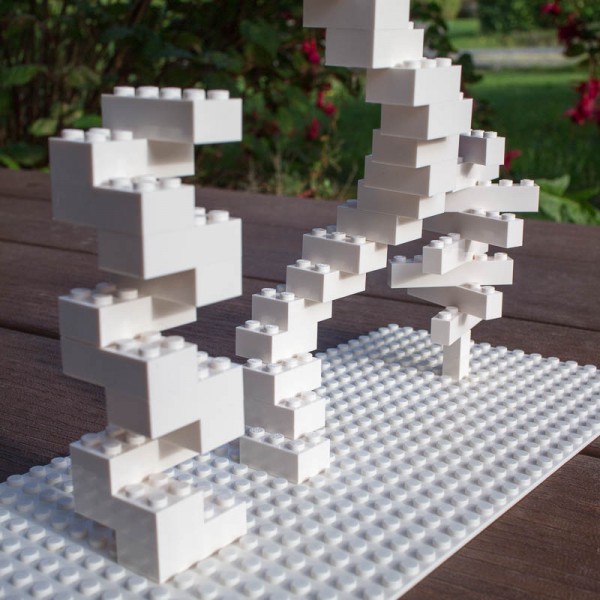 For the second part of the challenge, I explored how to build a more subtle spiral using offset plates. This allowed the spiral to become narrower near the top. Instead of centering the narrower sections of the tower in the composition, I decided to preserve a single vertical corner. I like the mix of regularity and irregularity. 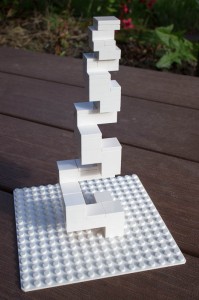 Refined model based on the simple spiral.

I actually built a second refined form as well. The second structure was also built using offset plates, allowing a form which rotates upward slightly off-center. This added some interest but was less interesting overall than the first model.

Refined model based on the simple spiral. 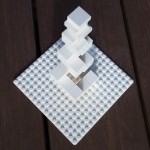 I enjoyed the freedom to build things quickly in the first part of the project. I enjoyed the hands-on exploration of the use of offset/jumper plates and liked how my final spiral looked.