Lego Challenge #3: Make a model of a famous building

Learn more at brickarchitect.com or buy it now at Amazon.com.
Today’s challenge: Search online for a famous building and create a Lego model of it.

I started this project by researching famous buildings online. Most of the lists of famous buildings that I could find online highlighted the same set of buildings, many of which have already been offered as official sets in the Lego Architecture series. Rather then spend all night looking for the *perfect* building, I decided to model a building I had visited before 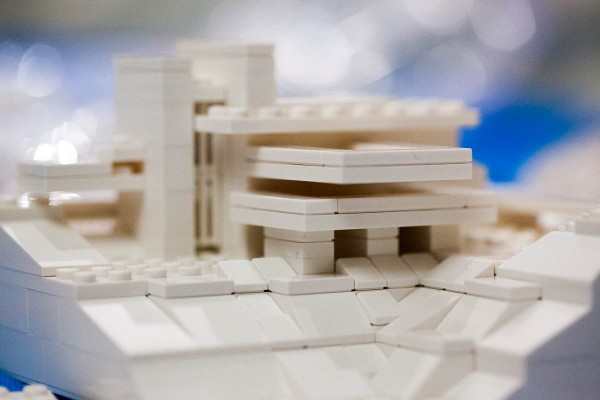 I chose to build a small scale model of Frank Lloyd Wright’s famous “Fallingwater”, even though it already has an official Lego set. (I haven’t built that model yet…) I remember finding the building extremely interesting when we visited it way back in August 14, 2000. (I also remember learning that the building is structurally flawed, and great efforts have been made to further reinforce the massively cantilevered structure.) 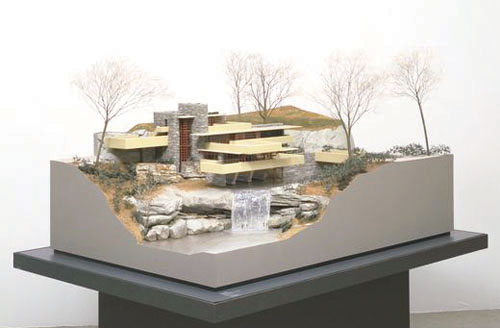 My model is based on a variety of photos I found online, but the main image I used was a photo of a detailed model of the building, since in most photos, the trees obstruct the structure.

My model in front of a photo of a detailed model someone else built.

The back of the model. 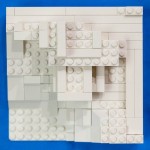 A detail shot of my rough scale model of Fallingwater

It was quick to build a topographic riser needed to highlight the main water feature of the model. I found the small scale that I used for the home to be a bit frustrating, as I didn’t have enough space to get the details just right. I would consider this a “rough” model as it isn’t perfectly detailed, nor is it an especially accurate scale model. I might revisit this model in a subsequent Lego challenge. 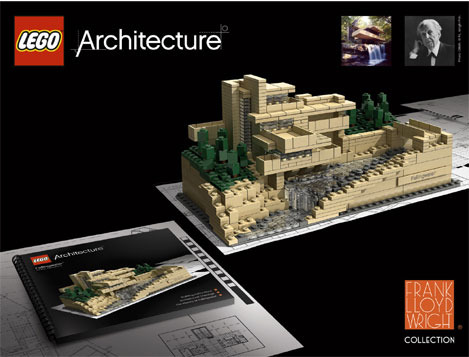 Alternately, you can buy the official Fallingwater Lego Architecture set.