It’s been a long time since I’ve posted photos of my building projects, but I’m excited to share a neat little model I created to submit into the “LEGO House” competition at New Elementary, an excellent new LEGO blog.

The prize for the contest is a small but rare LEGO set called “LEGO House”, which is only sold in Billund, the relatively small town in Denmark where the LEGO company and “Legoland” is located. The new LEGO set is based on the initial designs for a new LEGO store and museum which is being built in Billund for community events and tourists. 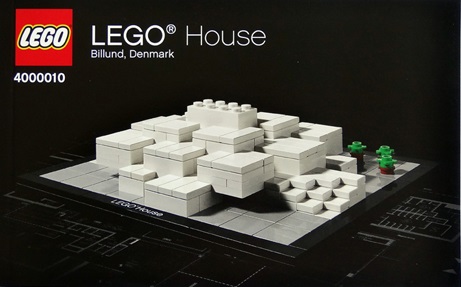 “To enter, you need to build your own design for LEGO House. If it were up to you, what would this exciting museum look like? You are allowed to use up to 250 pieces in your model – which is the same piece count as the official set.”

The model needed to be built using no more than 250 real LEGO bricks, no stickers, and you can submit up to three untouched photos for the model.

From the beginning, I knew that my model needed to really reinforce the key attributes of the LEGO system, namely the Studs on top of each brick and possibly the tubes on the bottom. I also knew I would need to use mostly white and clear bricks, as that’s about all I own (thanks to my LEGO Architecture Studio 30-day Challenge.) 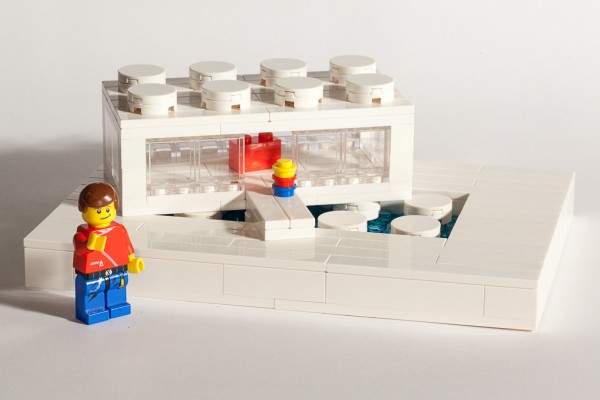 I tried to recreate the underside of a brick at a larger scale, but found it difficult to capture the shape of the round tubes on the bottom of any brick 2 studs or wider in both direction. Instead, I focused on the inter-connection of the bricks, and was really fond of the idea of using a man-made pond to reinforce the stud design. I liked the idea of showing bricks which weren’t yet clicked together, hence placing the museum askew from the lake. 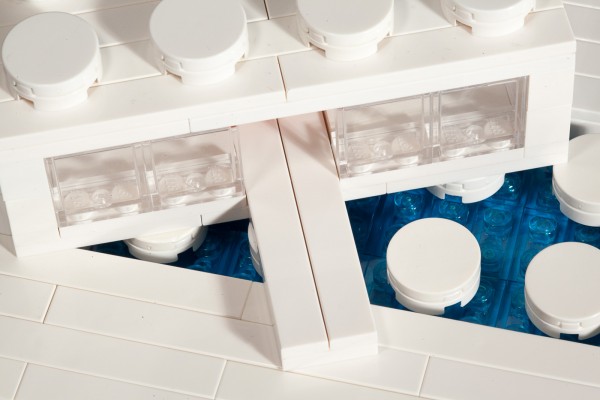 Detail showing off the “Water feature”.

I’m happy with the model, although who knows what amazing models will be uploaded later in the week by other Master Builders. I think it’s one of the better models submitted so far, and that’s good enough for me. I hope you enjoy the model too! 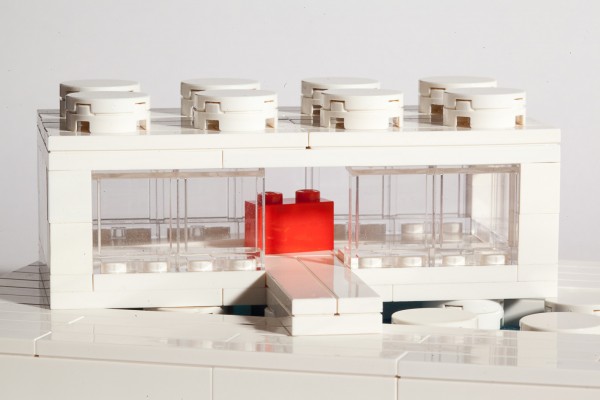 Lego is the literal focal piece of the museum. 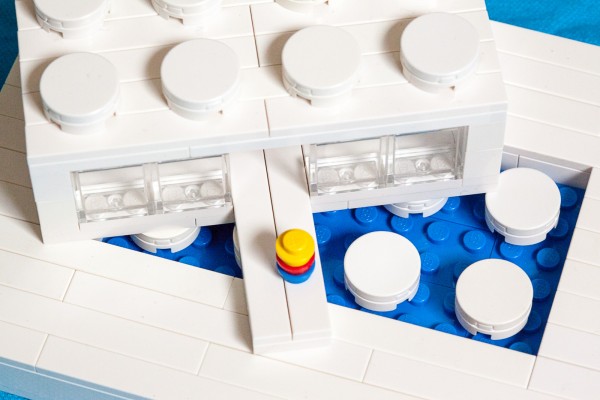 A micro-fig walking into the museum. This was an earlier version where I used a regular blue water instead of trans dark blue.

About New Elementary: It’s a fantastic new LEGO blog which focuses on the fundamental building blocks of the LEGO system. The blog’s name comes from how each unique LEGO part is often referred to as a LEGO “element”. Naturally, his most interesting articles explore why a new part was designed the way it was, and exploring potential uses of the new part in creating great models.

I just submitted a second model to the contest, although I don’t think it is as good as the first model. I call it “Evolution house” as you can see the evolution of architecture through the columns on the front. I thought I should share it too. 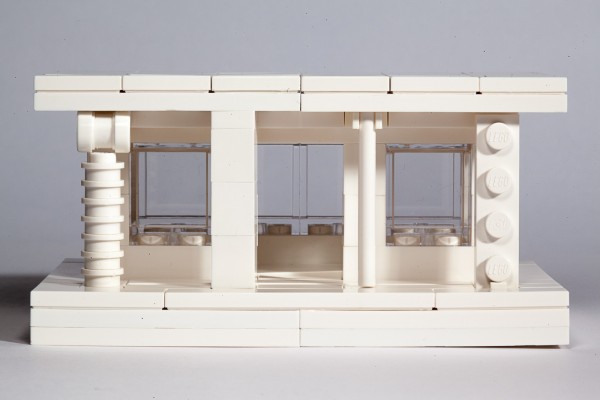 This model shows the history of architecture in it’s columns. Naturally, the LEGO brick is the most evolved form yet!

Today’s post is related to the Lego Architecture Studio 30-day Challenge which I completed last fall. Take a look at the projects I built…