Some photos recently surfaced of two upcoming additions to the LEGO Architecture series:

I am excited for any new sets in the series, although the Flatiron building caught my attention more. This is partly due to my feeling that the upcoming Lincoln Memorial model isn’t as elegant as this version by the folks at brickcitydepot. I have not included the leaked photos of these unreleased sets on this site (although you can probably find them online if you search hard enough.)

Some photos of the Flatiron Building from my trip to NYC this June.

I spent about an hour this evening reverse-engineering the flatiron building to see what we should expect, based only on the one blurry low-resolution photo I could find. Several people have critiqued the color choice, which appears to rely on “tan” and “dark tan”. I think it’s a totally reasonable color choice given the relatively limited palette of LEGO colors. Others have concerns that the model is overly simplistic, but so far I think it will be an average set in the overall series; not the best, but not the worst either. 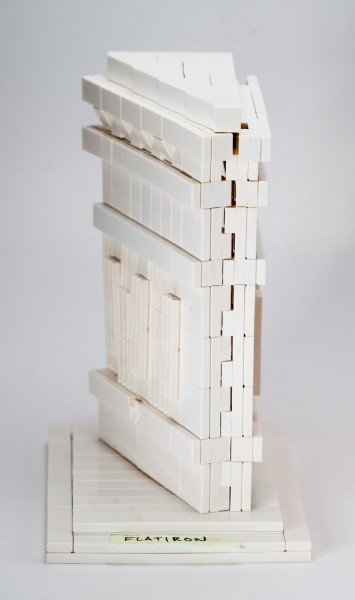 Naturally, a wedge-shaped building requires some clever construction. LEGO isn’t really well suited to this shape. It looks like they decided to build the three faces of the building using SNOT (Studs not on top) technique. In practice, it means that the building is comprised of 3 flat panel modules which will likely be built flat, then stood on their side during final assembly. 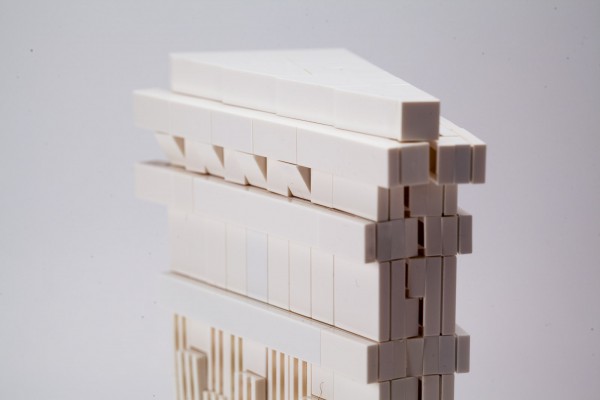 Even the top employs SNOT techniques. 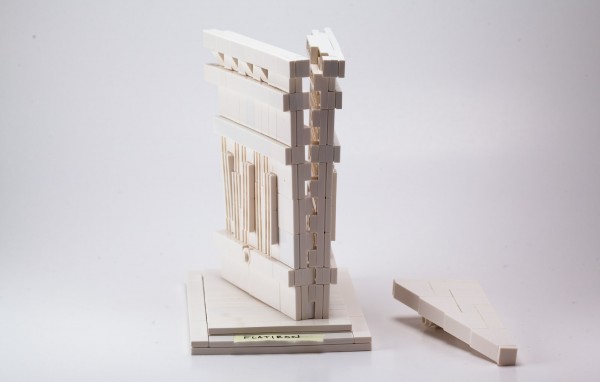 The side “zippers” together cleverly.

The cleverest detail is the use of alternating plates across the face, which looks to function a little like a zipper. This should at least keep the model from shifting too much. (I expect that hinges, or clips + pins will be used to attach the three walls more permanently, but I have not yet done any explorations about how the interior support structure will work.) 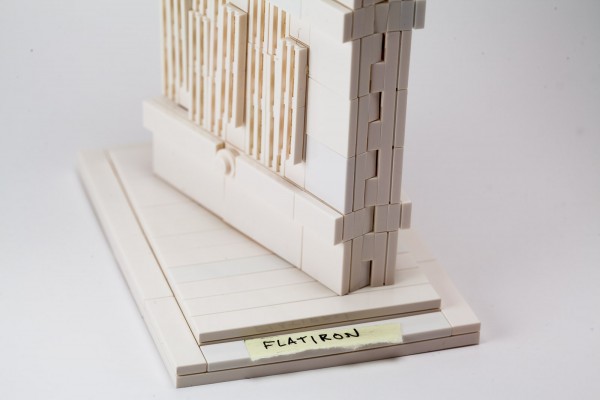 A sticky note gives this the refinement of any other official LEGO “Architecture” set.

If I were to guess based on my brief analysis, I would expect this will be around 375 pieces and priced 29.99$. This puts it in the same category as Big Ben or The Eiffel Tower.

I hope you enjoyed seeing my preview / parts exploration. Let me know if you think my assessment is incorrect, or you have done some more investigations of your own by leaving a comment below…