Anyone who has been reading my articles knows that I’m a huge fan of the “Architecture Studio” LEGO set which was released last fall. It’s initial release was in the US only, and it was extremely hard to find near Christmas. It is now available in most countries!

I purchased a second copy of the set today because I really need more white and clear LEGO bricks to complete a few Architecture projects that I hope to display at the upcoming “Brickcon” LEGO convention here in Seattle on October 4th and 5th. (ex: A model of Geisel Library i’m working on.) This short article calls out a few of the changes I’ve noticed in the newest edition through a series of photos…

As you will see in many of the photos, the “Studio” part of “Architecture Studio” seems to be downplayed in the typography and branding. This may be to make the product more marketable to a global audience, I don’t know.

The contents of the book appear largely unchanged, and the page count is the same. That’s why I was suprised to see a massive difference in the book thickness. The new edition is about 1/3 thinner, which means lower-cost paper or spine. 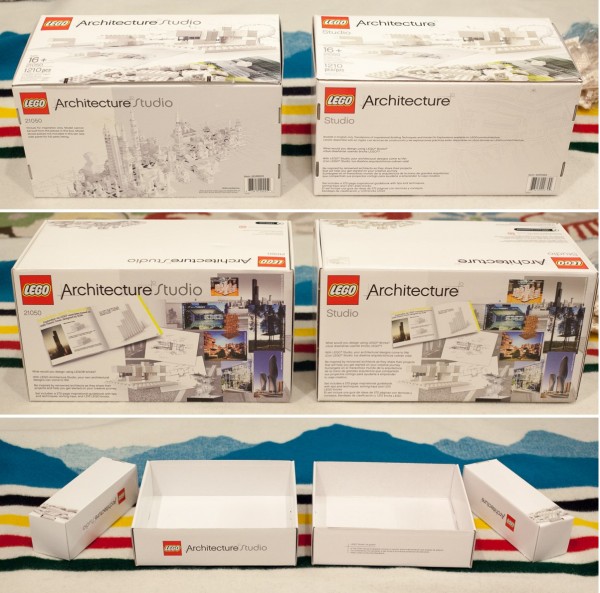 It’s not all bad news, I saw two welcome changes in the new version as well: Inclusion of an orange brick separator + the new revised 1×2 Jumpers. 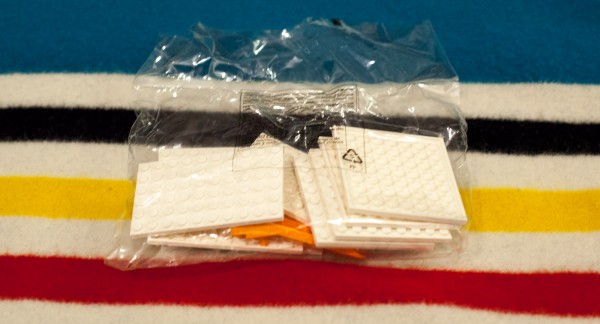 The new edition includes the orange LEGO brick separator. (I’m 90% sure my 2013 edition didn’t include one.) 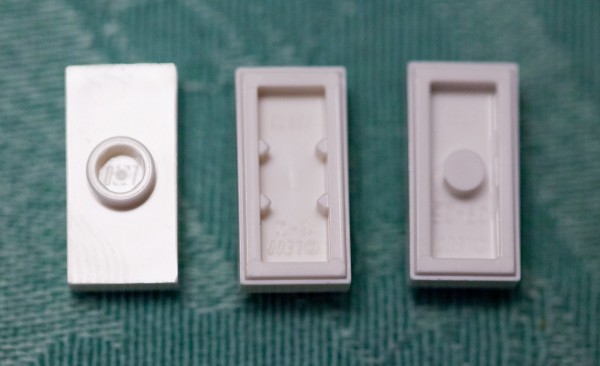 My 2014 set included the new jumper design which is more versatile as it uses notches to allow a 1/2 stud offset without a hollow studded brick.

I hope you found this quick review of some of the latest changes interesting… I was surprised to see so many changes in a set which still sells with the same product number: 21050. I’m curious to learn if this type of mid-release adjustments are common.

NOTE: You should buy the Architecture Studio from LEGO.com or in your local LEGO-brand store. They have by far the best prices since it’s an exclusive set at this time.

Did you notice any other changes in the new version? Please leave a comment below!