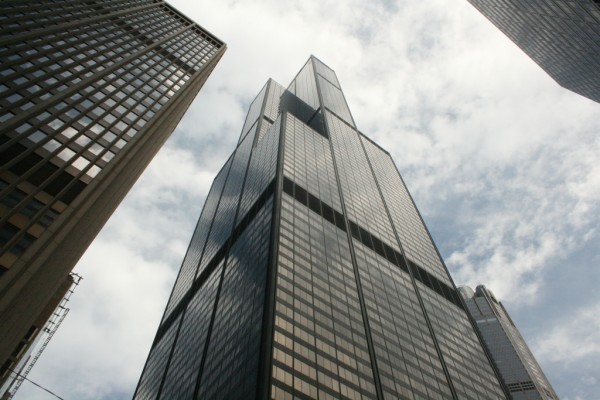 As you know, I’m past the 1/3 mark for this project. I would hardly call the project grueling, but it does take some energy to keep coming up with good ideas. I decided to build a skyscraper as it seemed like a relatively easy project, and I could think about new projects while I work on this one. I chose the Sears tower (now called Willis tower) as the inspiration, as I like that the building symmetry is largely on a diagonal axis. This gives it a neat look when viewed from about a 45 degree angle. 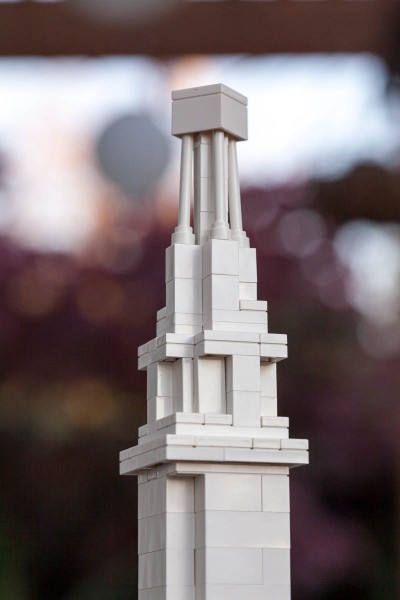 Top detail of my skyscraper.

I tried to give the appearance of opposing corners of the building being chiseled away, with windows running down the gap. This was trickier to build technically than I expected, as the structure needed to be hollow due to the fact that part #4733 which I used to attach vertical smooth panels has studs protruding on all 4 sides. I also think that my desire to inset a lot of details and reduce the width a little at a time resulted in a needlessly complex form. I do like the top of the structure, which has a nice chiseled look, and uses flag pole pieces to a nice effect. 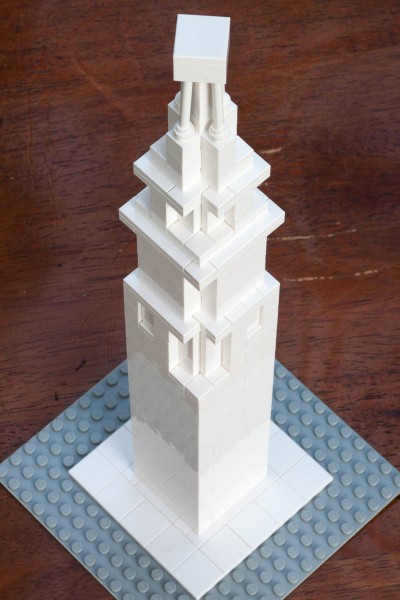 Detail of the chiseled symmetry.

I was wrong to think that it would be easy to design a cool looking skyscraper. I expect that it was harder than I predicted in part because I have less familiarity with architectural patterns for skyscrapers than with homes and smaller structures. It’s not a bad looking design, but it feels overly decorated.