Lego Challenge #12: Build and photograph an impossible Escher model out of Lego

Learn more at brickarchitect.com or buy it now at Amazon.com.
Today’s challenge: Build and photograph a Lego model of an impossible Escher drawing. 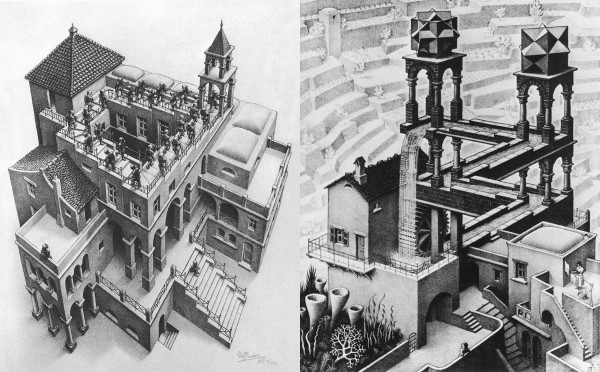 I chose to make a simplified Lego model based on his 1961 illustration Waterfall. I was pretty confident that this would work, as I had seen other examples of this project in the past. It seems like different folks use different approaches to try and collapse the space. 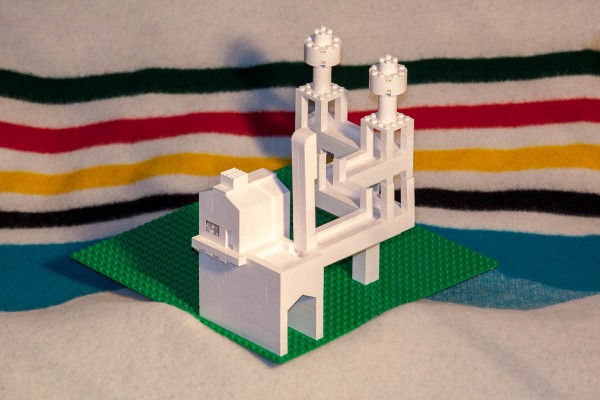 My approach was to line up the studs from the vertical pillars, using 1×1 corner panels at the top of the pillars (part # 6231). I relyed on the fact that perspective misalignment is essentially eliminated if you are viewing from a far enough away distance. I used a 200mm zoom lens from across the room to minimize alignment issues, although it isn’t quite perfect since objects in back of the Lego scene are still a little smaller than the front. The other approach would have been to use forced perspective and photograph the scene much closer, but this would have made it harder to keep everything in focus. 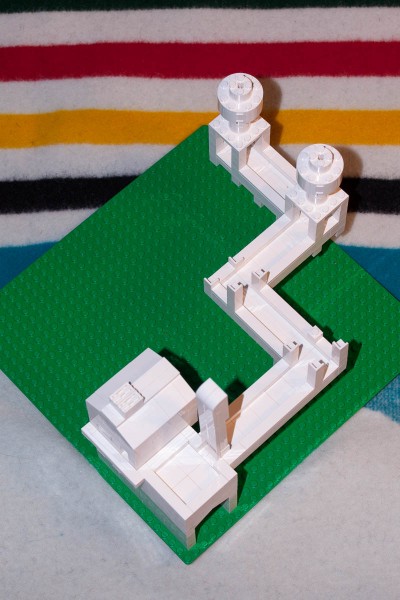 Alternate perspective shows how I achieved the illusion.

After completing the project, I looked up other ways folks have achieve the illusion online, including this video and illustration on makezine.com. There are also numerous Lego examples shown in this article at neatorama.com. (Including a higher-fidelity model of “waterfall”, although they used photoshop for their final image.) 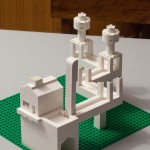 My initial alignment test to ensure the illusion would work.

An alternate photo with different lighting.

I am definitely happy with the result and the photos turned out pretty well. This is a fun project, and feels like a nice diversion from building “real” models. This was a refreshing challenge and I’m glad I tried it. If I want to make a more photo realistic rendition in the future, I would need a lot more Lego’s.