Learn more at brickarchitect.com or buy it now at Amazon.com.
Today’s challenge: Make a sphere out of Legos

I have never attempted to build a sphere out of Lego blocks, but I know that the most common approach is to use the Studs Not On Top technique, aka SNOT. I’ve seen a few spheres made in this way, but never looked at them that closely. As I understood it, you build a cube with panels facing out on all 4 sides, then approximate the curvature of a sphere by stacking additional plates on the 6 sides. 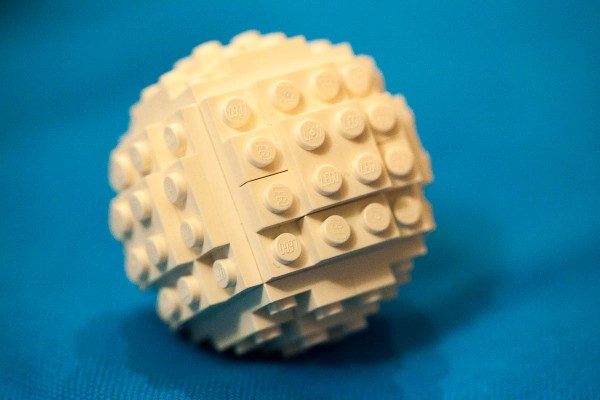 Simple sphere made out of Lego

My first attempt to create the 6-panel cube involved simply attaching the panels using part 4733 (Brick 1X1 W. 4 Knobs) which is included in the Lego Architecture Studio set. This didn’t work well, as the pressure required to snap the last two plates into place crushed the brick. It was clear that I would need to use additional bricks to make a strong cube before attaching the panels. 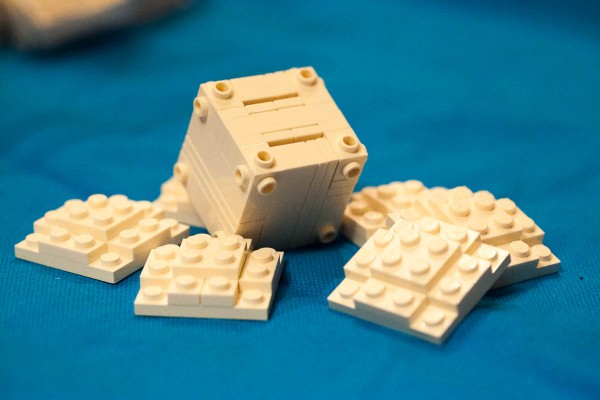 After a few variations, I came up with a cube which is nearly impossible to assemble, as the various 1×4 plates are interlocked very tightly. While hard to assemble, it is extremely strong – all pressure which is applied pushing the panels in place will make the central cube tighter and stronger. Once I had a strong central structure, it was trivial to add the panels and finish the spherical shape by adding a few plates. 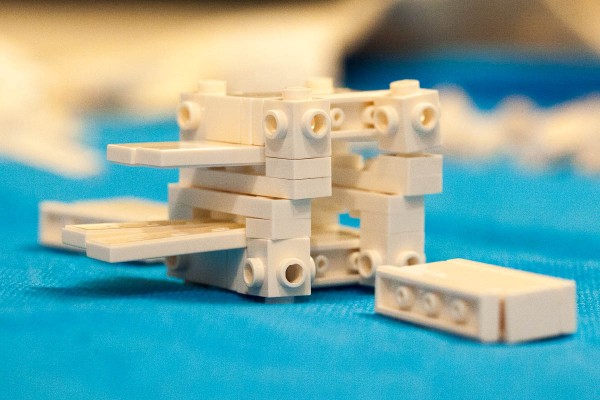 This was an really easy project, and was really fun to build. The best part was the challenge of designing a very strong central core; I wonder what other designs people have come up with to use for the core of their spherical objects?