Today’s challenge: Build a Lego recreation of a famous sculpture.

While you are welcome to recreate the famous sculpture of David using Lego bricks if you want to, I felt like I would be happier with the result if I chose a subject which is a bit easier to recreate using Lego bricks. As such, I immediately thought of a number of modern sculptures which might adapt well to Lego. Some artists which might inspire you include Alexander Calder, David Smith, or Mark di Suvero.

David Smith is one of the first sculptor’s I could recognize by name, in part due to his iconic cubic structures, and because he has an easy name to remember. His structures tend to be about 10 feet tall and are made out of a polished stainless steel. The Cubi series is extremely recognizable, and I chose to make a Lego model of one of the simpler sculptures in the series. 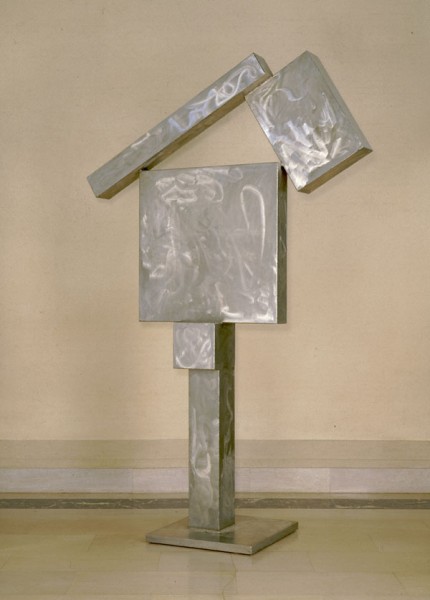 It was relatively easy to recreate his sculpture in Lego due to the cubic nature of the design. I did need to find a means to attach bricks on the corners with the minimum touch, and chose to use 1×2 hinged bricks. 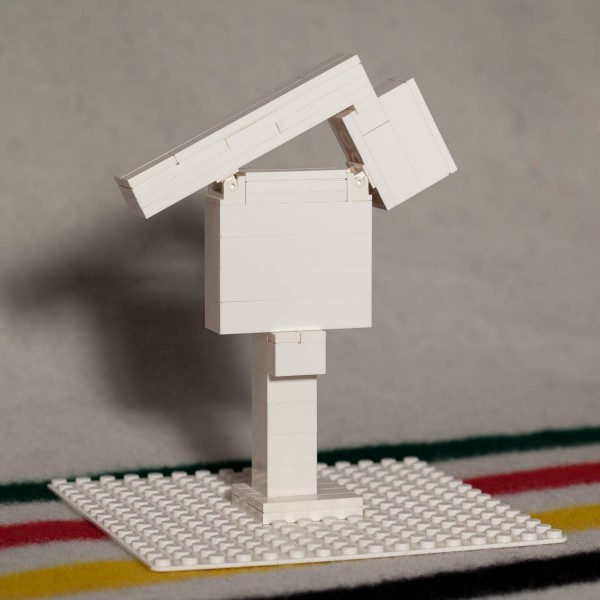 Alexander Calder is perhaps best known for his massive hanging mobiles (kinetic sculptures) such as his massive Untitled piece which hangs in the main atrium of the west wing of the National Gallery of Art in D.C. He also did excellent large-scale free-standing sculptures which are often painted in bold colors such as red. I chose to recreate a local piece, “Eagle”, which is one of the most impressive pieces in the recently opened Olympic Sculpture Garden in downtown Seattle. 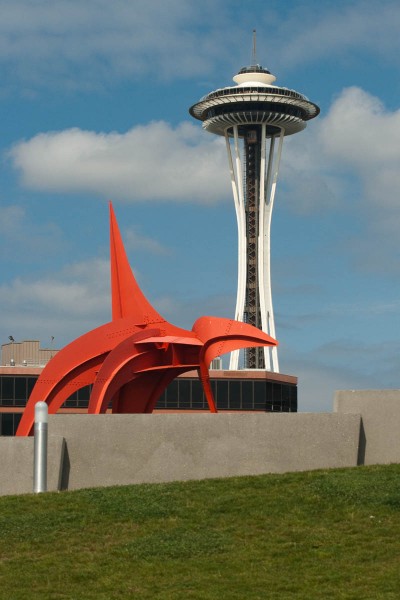 It was a bit tricky to get the model right, because the sculpture has curved surfaces and I had limited photos to help me get the angles right. My wife immediately recognized the sculptural form, so I guess that’s a good sign! 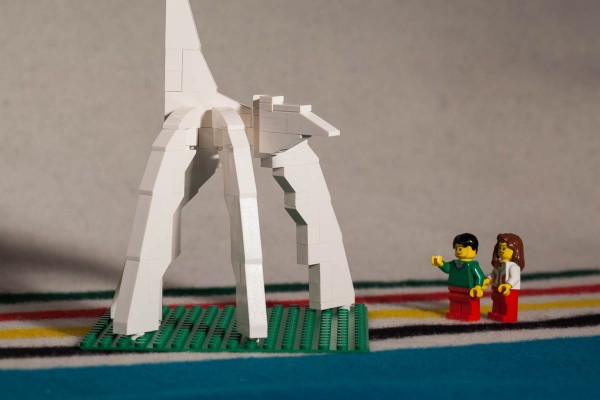 I tried to make the model approximately to minifigure scale, and I think I got it about right. I like the photos with the minifigs for scale better. 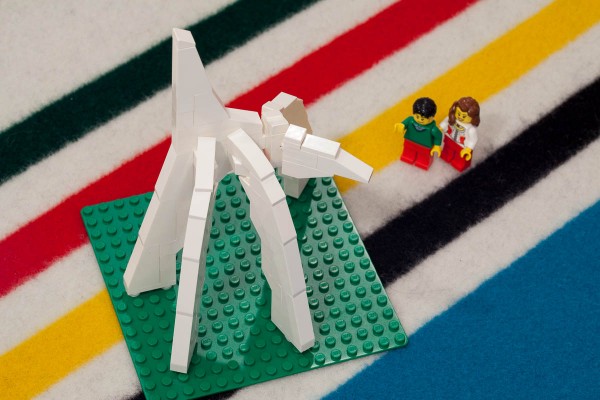 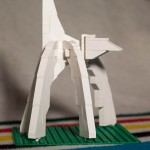 I’m happy with both of the models, especially the Calder piece as it was more complex and I was able to capture the essence of the structure in an less than ideal medium. Sculpture is a nice thing to explore with the Architecture Studio set.