Lego Challenge #13: Build a model in the Brutalist style

Learn more at brickarchitect.com or buy it now at Amazon.com.
Today’s challenge: Build a model in the Brutalist style.

Brutalism is an architectural style dominated by massive poured concrete structures. It was initially used due to the low cost of construction, but became a style of it’s own. There are examples throughout the world, including a number of buildings in Washington DC. The style is also common of Soviet structures in the cold-war era. 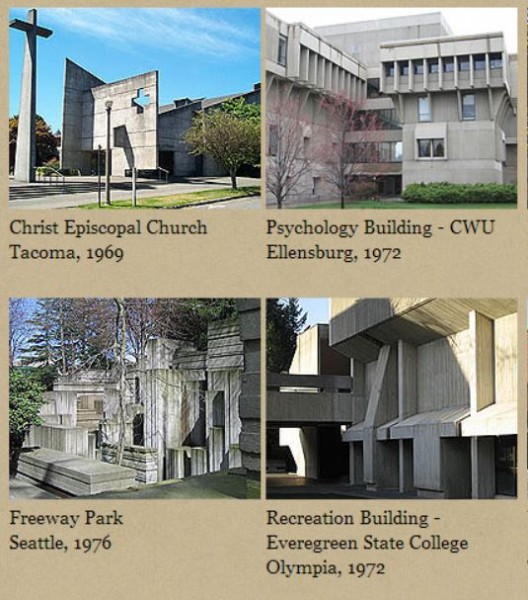 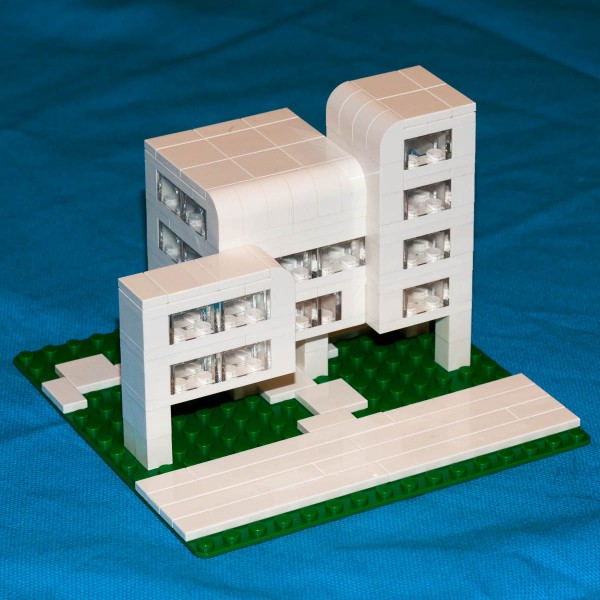 For my project, I wanted to create a blocky apartment building, but include rounded curves on the top to soften the form. I chose to make each of the three wings a different width to add some interest and variety to the form. I suspected the structure on concrete pillars, common to the style and allowing the structure to breathe at the bottom. 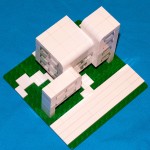 This was a fun, quick build that offered little challenge in assembly besides trying to ensure the windows lined-up across the three wings. I’m happy with the shape and overall design.