Today’s challenge: Build a miniature city comprised of micro-scale buildings in a variety of styles.

This was meant to be a lightweight project where would I construct a couple models in a variety of styles, each of which would sit in an 8×8 space. As I got into it, I found myself recreating some of the buildings from previous projects, but in a much smaller scale. I didn’t mind, as it was fun to revisit those models. I also created two models that were totally unique to this project – a modern structure with three rectangular stories set at odd angles, and a cubic building balanced on it’s corner with windows on the 3 faces facing the sky.

The first model I built was based on yesterday’s Brutalist style structure, the the third was loosely based on my Art Deco structure, and the last model was a miniature recreation of my Shed-style home. 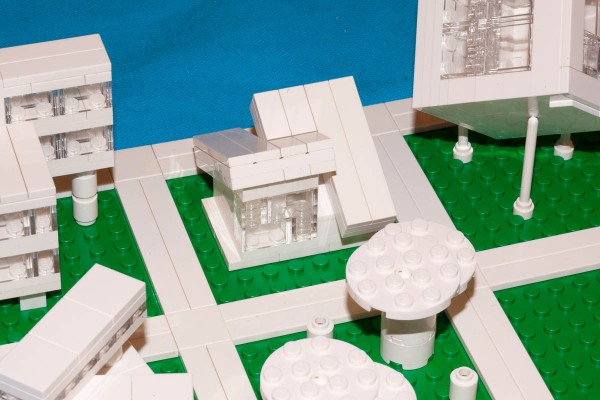 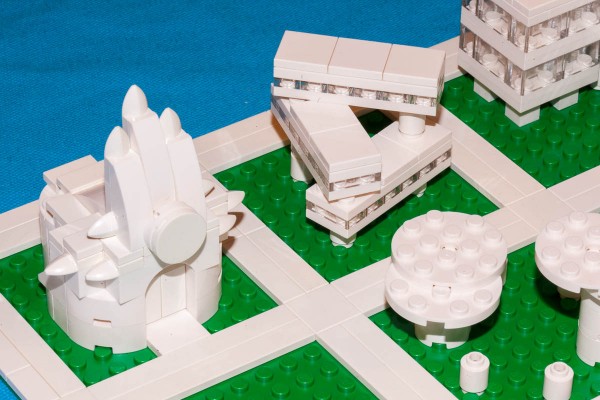 This project took longer than I expected because each individual model required it’s own attention. I enjoyed the results, although I had to stop after building five buildings (and central park) because I ran out of time and bricks.