Lego Challenge #28: Build a model of an interior space

Today’s challenge: Build a model of an interior space

Most of the projects I have built have been buildings, and they have all focused on the exterior design. For this project I’ll reverse the focus, building a detailed model of an interior space instead. I had always hoped to do an interior space during this project, and was reminded to do this challenge by Sharon Faulk, another Lego blogger who is trying my 30-day challenge as well.

I had considered building a model of the grand lobby of the Old Faithful Inn with it’s massive fireplace, custom-built clock and exposed timber terraces, but I didn’t think I had enough bricks to do the space justice. Instead, I decided to draw from a more local inspiration, the living room of my house where I’ve built most of these models. 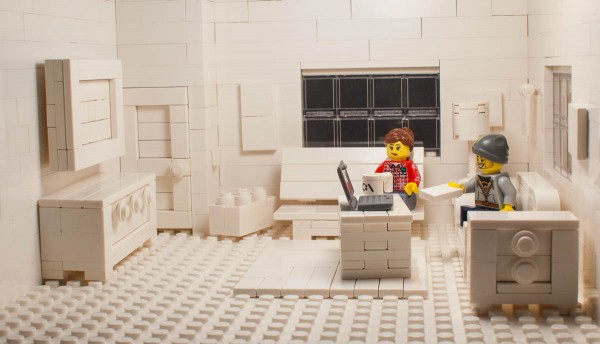 Minifigs relax in the living room with a TV show and some tea.

Photographing the scene was a little tricky as my normal 100mm macro flattened the scene too much, making it harder to see the TV on the left and the couch on the right in the same photo. My final image came from a 30mm lens instead. 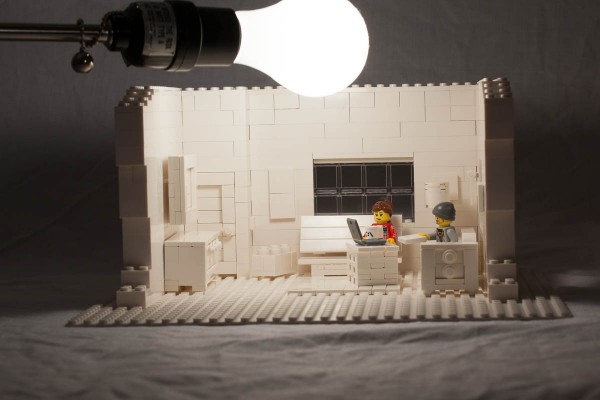 I held a light bulb above the scene to get the lighting right. 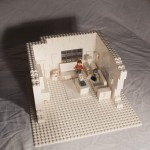 View from above showing the whole model.

I found this project to be pretty easy and fun.