I love how older theatres and concert halls have intricate facades which often incorporate the name of the theatre in bold lettering, and a “now playing” display. I wanted to recreate this with a lot of detail by focusing just on the entrance of a building rather than building a whole structure. This will allow me to build a larger and more intricate facade without running out of bricks.

I found a bunch of great collections of photos online:

I started by building the top of the facade, inspired by a couple different Art Deco movie theatres, including the “Pix” theater in the photo above. I wanted to make a bold sign which stuck-out from the facade, and I found a clever way to attach it sideways. 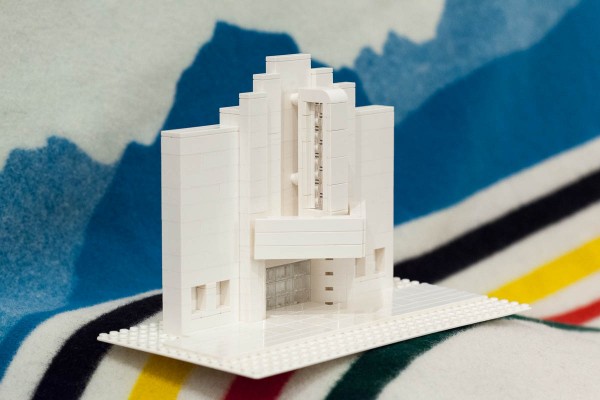 After that, I built my way downward, breaking the upper facade several times before reinforcing it further. (half-stud offsets aren’t very strong without significant reinforcing.) Next came the v-shaped “now showing” signage, which involved careful use of hinges and a lot of studs not on top (SNOT) building technique. Lastly, I knew I wanted curves on either side of the front doors, so the bottom came together quickly.

It’s a little too small for Minifig scale. (Even a hobbit would have to duck to get in the front door.)

Very happy with the build, it is one of the best looking models I’ve built in a while. It definitely helps to think through some of the details of a model before you start building.

Note: I updated this post later in the day with much better photos. The original photos were taken in the middle of the night.