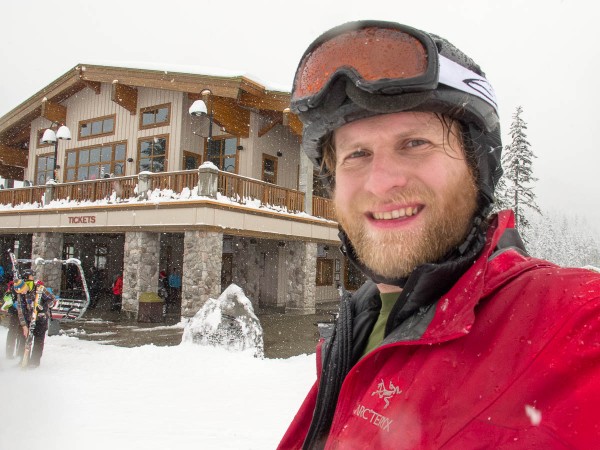 I had a great time snowboarding at Stevens Pass today

Here in the Pacific Northwest, we usually have enough snow to open our ski resorts around Thanksgiving, but this year we got lucky and two area resorts opened this weekend. I made it up to Stevens Pass today and enjoyed a lot of fresh snow (with a lot of other enthusiastic folks). Ski resorts have a certain look to them, some drawing inspiration from Bavarian designs, others drawing from the lodge-style architecture of the region. For today’s project, I wanted to build a Lego model of a ski lodge, so I took some photos before coming home. I wanted to build a model of the Granite Peaks Lodge, the main lodge and ticket office at Stevens Pass, since I haven’t done that many models based on existing structures during my 30-day challenge.

For my Lego model, I knew that I would be constrained to a single 32×32 baseplate because I don’t have enough bricks to build anything bigger. This set the scale of the structure, I divided the space I had up by placing the front columns in accordance with the proportions of the actual building. Thankfully, I took several photos so I had decent materials to work from.

My Lego ski lodge based on the Granite Peaks Lodge. 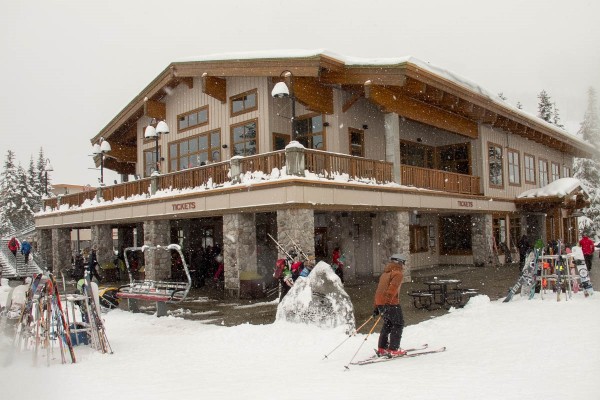 The railings were a nice touch, and it took some finessing to make them look decent. I really like how the micro-scale picnic tables came out too. 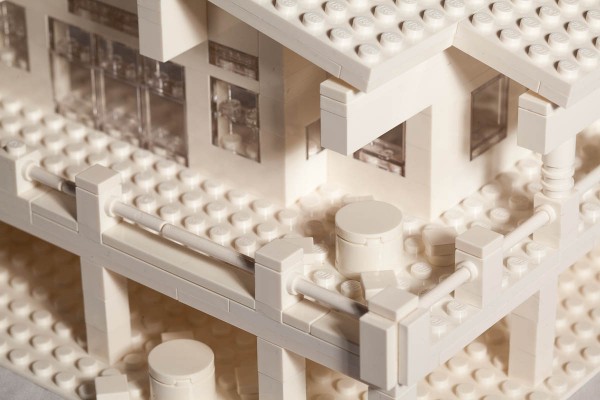 Lastly, I really wanted to pose some Lego minifigures in front of the scene to bring it to life. I don’t have a ton of Lego sets here in Seattle (many are at my Parents house), but I do have 3538 Snowboard Boarder Cross Race which includes two snowboards and helmets. 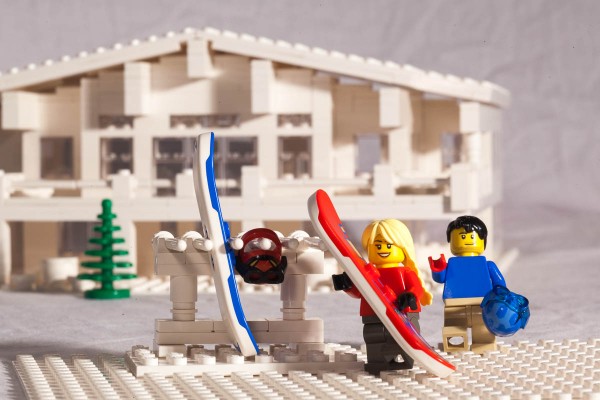 I built the model in my Swoop bag while Amy and some friends watched the football game.

This was a time consuming project, and again I only barely had enough blocks to finish the front and side facade. It also took some time to put together the Ski rack and to pose the minifigures. Getting a good looking photo taking advantage of foreshortening to match the scales was tricky, but I’m happy with the finished project and the photos.